Just in time for Halloween, check out this video from the fourth-annual “Pumpkin Chunkin” competition at Innovation Tech. Juniors in Physebra — a combined class of physics and algebra — designed and built launchers to see which ones could pitch pumpkins the farthest.
Facilitator Martha Fitzpartrick said the project started with students immersing themselves in the design process, then building prototypes with materials such as popsicle sticks, rubber bands and candy pumpkins. Once they were confident in their designs, students consulted with a pair of professional mechanical engineers — Brian Carpenter and Dan Kluesner — from the Novelis aluminum plant in Oswego to get feedback on their work before building full-scale models.

Mika Heagle, a junior, was worried that her team’s launcher would break during the final competition in the back of the school. Their device not only stayed together, it launched the pumpkins further than their trial runs.

“It was definitely a fun experience,” she said.
At Seven Valleys New Tech Academy, students are currently working on the same project, with the launch competition likely occurring next week. Facilitator Jake Melnyk said the school is in its fifth year of designing and building pumpkin launchers, which combines “the study of kinematic motion (physics) with the formulas and calculations students need to complete (Algebra II). In the photo, the building process begins.
After the launch at Innovation Tech, the lessons continued. With their data from the competition, students analyzed the trajectory of their pumpkins, created equations for the flight paths, and determined how high the pumpkins went and at what speed they crashed into the ground. “This project will set students up to have a growth mindset for the rest of the class and hopefully, beyond,” Fitzpartrick said. 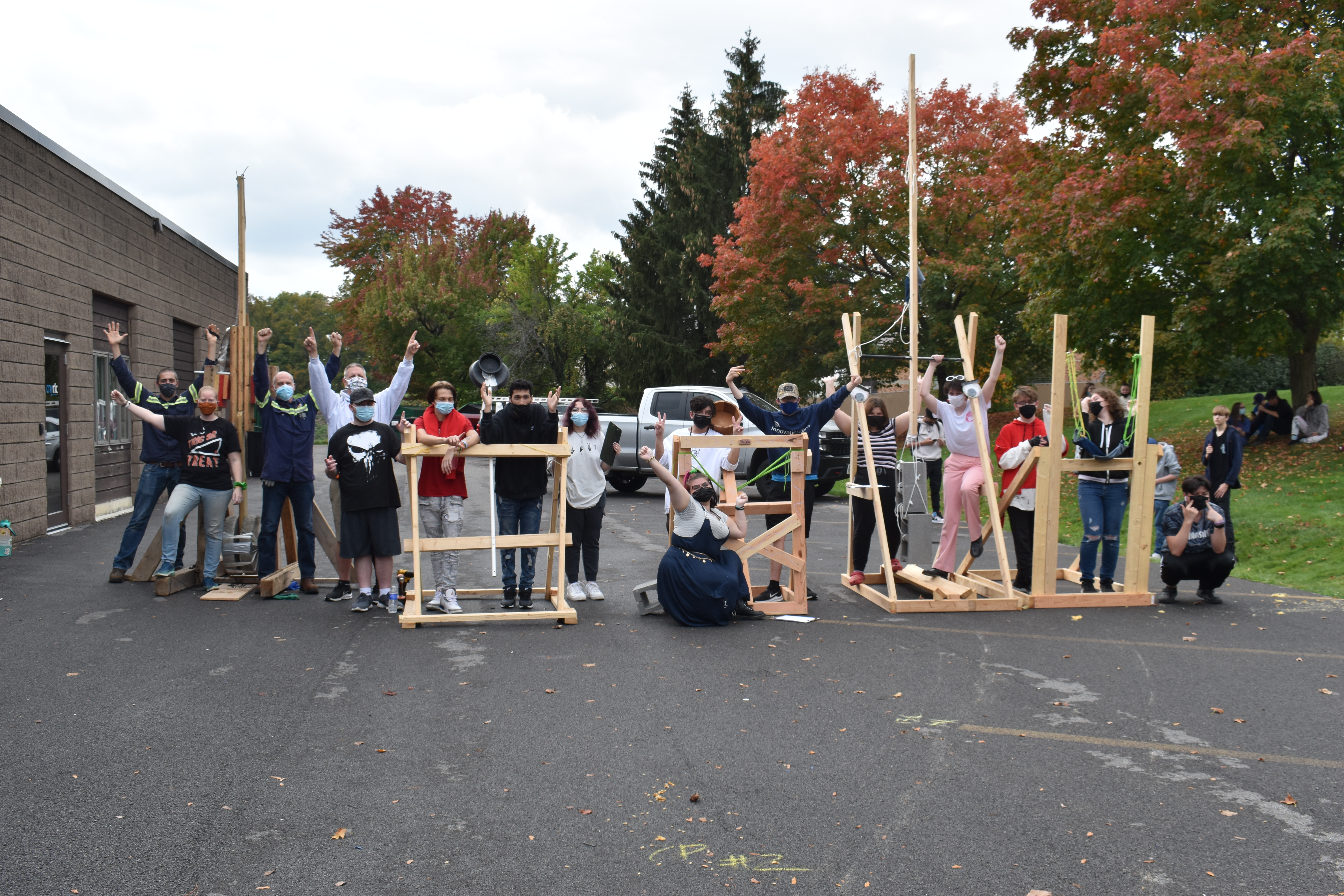